5 Signs of an Oncoming Recession

The question isn’t whether or not there will be another recession… the question is when. And how bad will it be? As we look at historical data, we can clearly see patterns emerge that may help us prepare for oncoming recessions.

Here are 5 signs of an oncoming recession. It’s better to think of these economic indicators more as symptoms of a potential recession rather than a definitive formula. As more of these symptoms start to sync up, the probability of a recession increases.

I think we can all agree that a low unemployment rate is a positive thing. More people have jobs and can support their families and lifestyles. But how long will it last? 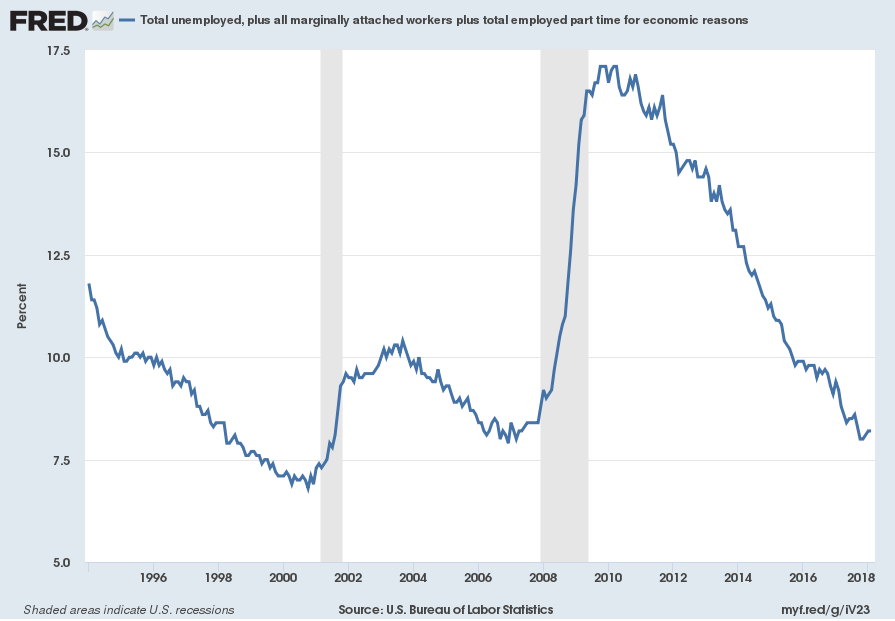 The unemployment rate dropped to 3.7 percent in September 2018, which is the lowest it’s been since 1969. September marks the third consecutive month of unemployment below 4 percent, according to the Bureau of Labor Statistics. This kind of steady success can be reassuring, as long as we keep an eye on any potential increases in that percentage.

In any case, it’s a good idea to plan for the worst but hope for the best.

In the financial industry, the yield curve shows yields (or interest rates) across various contract lengths for a similar debt contract. The shape of the curve on these charts illustrates the relationship between the interest rate and the time to maturity of the debt. A normal yield curve would be lower at the left and higher at the right, indicating higher rates for longer maturities. 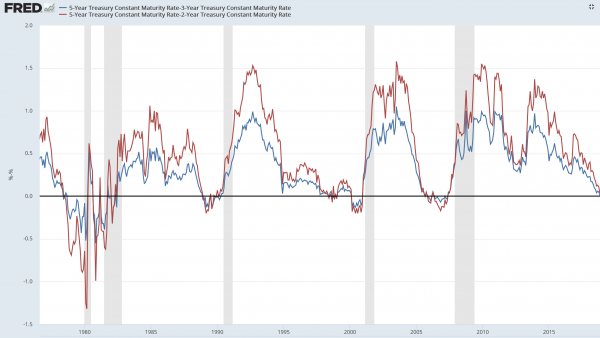 The output gap between the economy’s actual and potential gross domestic product (GDP) is a less reliable measurement, but still worth tracking. According to the Center on Budget and Policy Priorities, the most recent releases of GDP imply that the current level of U.S. output is almost equal to the Congressional Budget Office’s (CBO’s) estimate of the potential level of GDP, a measure of how much the U.S. economy could produce if its resources were fully and efficiently utilized. 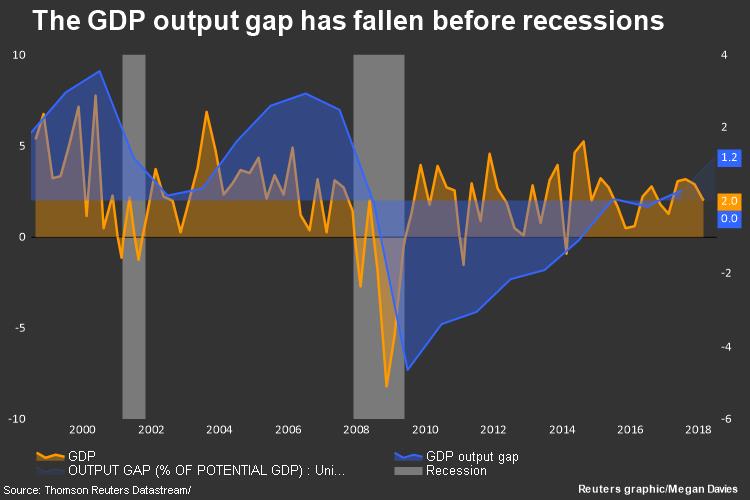 When the output gap between actual and potential GDP starts to increase, that can be used as an indicator of a potential oncoming recession. That being said, it’s true that the GDP has fallen ahead of the last two recession but… it also dropped briefly into the negative twice without a recession occurring. Furthermore, GDP has been relatively stable for the past few years, without any indications of changing.

The housing market is another hard symptom to predict. We know that housing starts and building permits have fallen ahead of some recent recessions, but they’ve also fallen without a recession immediately following. Sometimes building permits decline for several years before a recession finally hits. Other times, a brief decline happens almost right before the recession. 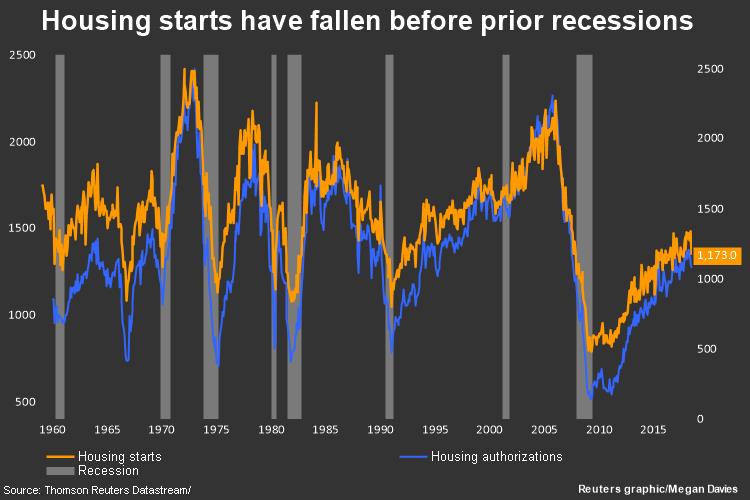 Generally speaking, the steeper the decline with housing starts, the longer the recession will last. So, if there is a slight decline that leads to a recession, it could indicate that that particular recession won’t last as long.

We’ve been in a bull market for a long time. So long, in fact, that the U.S. economy is less than a year away from surpassing the current 120-month expansion record, according to the National Bureau of Economic Research.

The goal is to then determine when we’ve reached the peak in the market, and ultimately prepare for contraction. Since we’ve been in the expansion phase for so long, it’s pretty safe to assume we’re on the tail-end of it. Especially considering the fact that expansions normally only last about five years and the current expansion has lasted almost 10 years.

This is really where the timing of everything comes into play. Many economists suggest that the economic expansion is entering the final third of its cycle. While other strategists believe an oncoming recession is imminent.

Like we mentioned at the beginning of this post… these indicators are just symptoms. They don’t illustrate exactly when a recession will happen or how long that recession will last. Economic analysts consider a multitude of factors concerning the health of the economy, but these 5 signs of an oncoming recession can help the average person become more prepared.